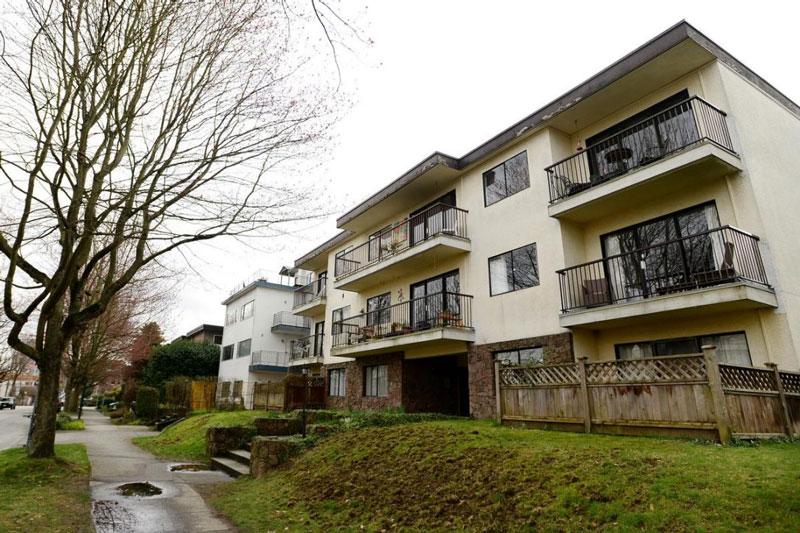 by Melanie Green for The Star Vancouver

Vancouver—Amidst a dire crisis in seniors’ housing in Metro Vancouver, several organizations on the frontlines are creating innovative programs to try to help.

Mount Pleasant Neighbourhood House is hiring a position to roll out a Shared Lives program (now called The Front Step Project), which would see elderly homeowners who are strapped for cash, rent spare rooms to youth who are aging out of care. Similarly, Empty Nest, a volunteer group, is working to launch a program that would match young adults with seniors in Vancouver, so both could find affordable housing.

Another program, Hollyburn Family Services in North Vancouver is creating a seniors’ roommate registry, while the West End Seniors Network held a public consultation in November about pairing older adults together as roommates, and is seeking a grant from the City of Vancouver for housing support services.

No direct housing for seniors

Seniors who are living on a fixed income, such as pensions or the BC Housing rental assistance program, Shelter Aid For Elderly Renters, are left with basically nothing after expenses, said Nevin Thomas, housing supervisor of the Seniors Services Society.

“We’re not getting calls until the last second,” Thomas said, pointing to the 6000 calls for navigation assistance last year. “That’s because we have this generation of middle class seniors afraid to acknowledge what is going on and say they need help.”

Thomas said there aren’t any shelters specifically for seniors.

“In the federal government National Housing Strategy, there was no mention of seniors,” he said, noting baby boomers are now beginning to retire. “There is nowhere for them to go.”

There is a disconnection between all ministries involved as the problem spans health, housing, poverty and social assistance, he added.

Some seniors uncomfortable sharing with youth

Former homeowner and current renter Catherine Adlam, 64, told StarMetro that she’s not sure about getting younger roommates.

Being placed with a youth aging out of care concerned Adlam because it could set a precedent for seniors’ abuse. “You hear about it every day. What if a youth decides it’s an old lady and I can push her,” she said. “You don’t know what’s coming with that burden, what their background is. Do you put special locks on the rooms where you have your things?”

Adlam is the guardian of her four-year-old grandson and on disability assistance. She once had an elderly roommate. But going forward, she thinks it’s “highly unlikely” that it would be allowed because that person would have to be vetted by the ministry, she explained.

After getting an eviction notice last month, Adlam started a GoFundMe to help pay the bills. Despite the fact that she is “scrambling” to find a place, Adlam said the campaign has yet to raise a dime.

“I’m going to be taking money out of my foodshare to make sure my grandson can eat,” she said. “And I will go from there.”

And Adlam said she’s been on the BC Housing waitlist for more than four years.

“The biggest thing [we heard] was what if I have nothing in common or what if generations are too different,” Smith told StarMetro. “For every one person that feels like millennials and seniors might not have a lot in common, there’s another who feels the opposite.”

The program will start in single-family neighborhoods like Kitsilano, which they expect to have more empty rooms. The agreement would require the renters to help out around the house in exchange for reduced rent, however they won’t be asked to care for the seniors.

“People are in homes that they can’t maintain,” she said. “The other issue is older low rises are being bought and renovicted or are well below standard quality.”

The new position as head of the Shared Lives program will primarily be research and community networking. Matlo said after two years, the plan is to pilot best practices and then launch the program.

By taking a “ground up” approach, Matlo said the goal is to find out what is going to work best for seniors rather than looking through a governance lens. “It might make it more complicated but in the long run more effective,” she said.

The community house secured a funding through a grant from the Vancouver Foundation, in association with several other neighborhood houses.

Hollyburn Family Services in North Vancouver received more than 300 calls last month, according to Joy Hayden, innovation and engagement specialist. She acknowledged waitlists for BC Housing stretch from two to five years, and seniors who rent are most at risk.

“We have a crisis right now,” Hayden said. “We’re seeing seniors being homeless for the first time ever.”

Learn about The Front Step Project