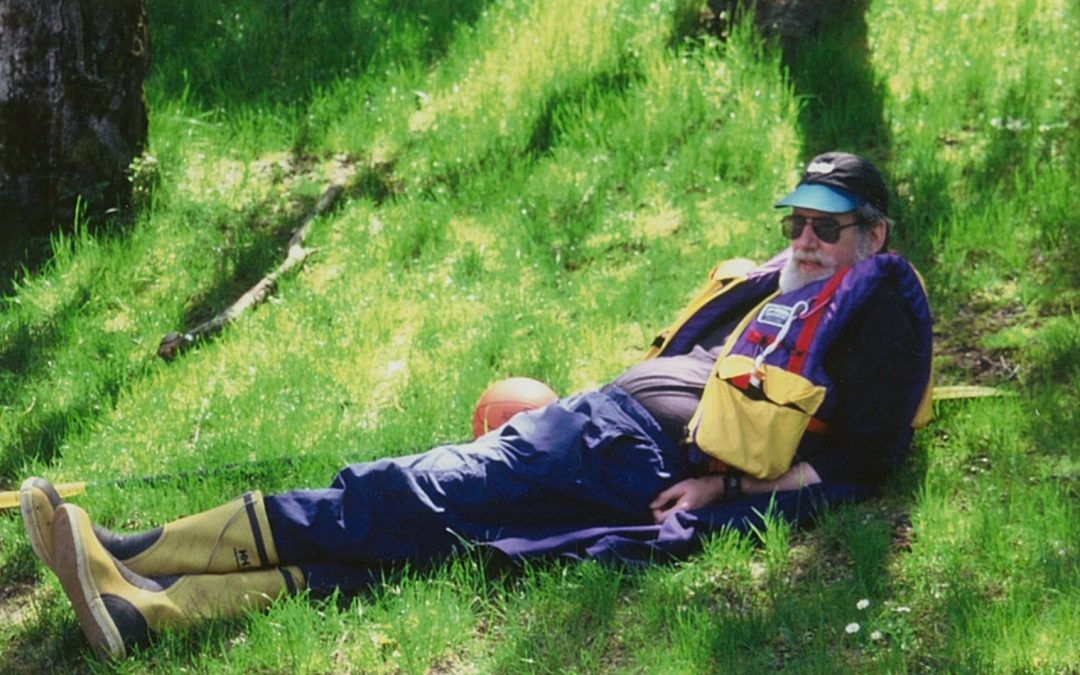 Dave Adair, our old director, was such a character. He was a woodworker, a creator, an outdoorsman—plus the boss.

He loved making and creating things. He wasn’t very practical sometimes, but he was a philosopher, a dreamer and he had a dream. This Neighbourhood House was his dream. He called the concept “barn raising” and used this to create this House.

There used to be a workshop in the basement that Dave designed, and when he got bored with us, he would go to the basement and make things.

He built the stages for the coffee house, tables, Hamlet the Talking Pig, and a multilingual peace pole that is in Guelph Park (now also known as Dude Chilling Park).

Dave was very connected to the outdoors and taught hundreds of people, who had never been in a boat, how to kayak and how to be in nature.

It was such an interesting time working with him. His approach to being the director was very hands on and hands off at the same time. He was not a micro-manager and created an environment where we all were actively involved in running the House.

In the end, Dave passed away quite suddenly.

There was really a shift in the culture of the House when he was replaced. Of course, changes needed to be made, and it was a bit of bumpy road for a time—but the House, and Dave’s dream, survived.

I remember when we finished a summer fun program with Dave, we had our final dinner.

The camp leaders and Dave made this fancy dinner, where we had to use three different forks!  I was pretty much in tears, asking how to use all this stuff. I had no clue!

But then Dave gives us all Camp Coffee—a baggy of camp coffee for a parting gift.

I didn’t even drink coffee, so I asked Dave why he gave me Camp Coffee. He said, “It’s such a nice smell, and I’m sure you have to make it sometimes, for someone else.”

Which was so true! So that was kinda neat!

Listen to former volunteer Muthny’s story here or read below:

Dave was so busy, he was always on outings, so I didn’t get to talk to him much. Then one day, we had a party, the Mount Pleasant Party.

I made a sticky rice cake, a sweet one. I had put coconut on top, shredded coconut. He came over to eat it and said, “Mmmmmh!”

Dave said, “Wow, all of my life I’ve never eaten anything so yummy!”

And he was always friendly. Every morning, he would say, “Hi, good morning, hi!” Over time, we began talking to each other a lot and having a good time.

But I only knew him for a short time and then he passed away, about two or three years later. I’m so sorry about his passing.

I miss him still.

Listen to former social worker and longtime board member George’s story here or read below:

In 2001, thanks to Dave Adair and this beautiful Neighbourhood House. I was given the Good Neighbour Award.

That was quite a moment. For me personally, that was a great honour—the top honor— to receive that award and represent this Neighbourhood House.

I didn’t realize at the time it would be the last time that I would see Dave, because he passed away about two or three months after that.

Downstairs in the House today, there’s a picture hanging on the wall, showing Dave and I together.

Every time I see that picture of us, I think of the great moments that he and I would have. 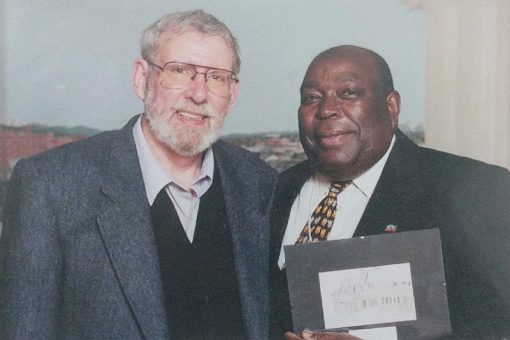 Dave was a social worker too. So I’d pop in sometimes—my office was down here at Broadway and Ontario. I’d walk down to the House just to get some exercise on a nice day.

Those were some very special times that he and I had, just sharing. And when I got the Good Neighbour Award, it was really quite a very special event for me.

Like I said, I didn’t realize that was the last time we would be doing good things together. I didn’t know how sick he was. It’s pretty sad, that part.

He was a good man.